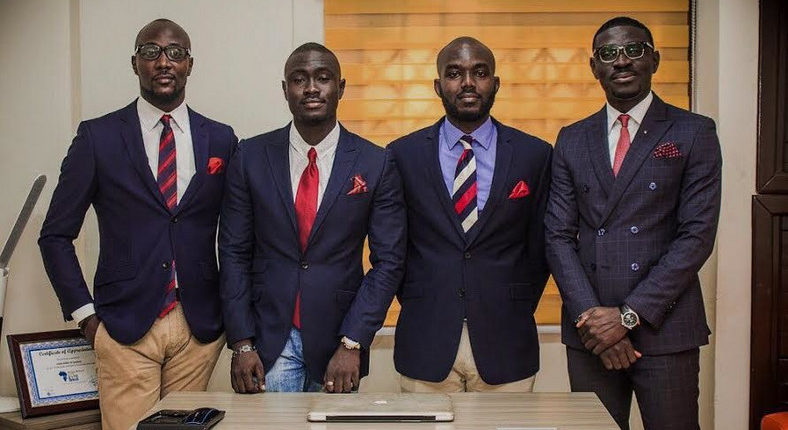 The country experienced the worst power shortage in its history between 2012 and 2015, where power had to be rationed,  with most areas in the country alternating between 24 hour-power outage and 12-hour power supply.

Some of the greatest innovations come through simple, timely and intelligent combination of steps that solves society’s biggest challenges.

What would most Ghanaians have done without power banks during the intense periods of Ghana’s energy crisis.

Ghanaians needed such nimble but highly-effective solutions for the country’s three-year protracted energy crisis, as things as vital as mobile phone use was heavily affected. There was the need for supplementary power sources, but not all Ghanaians could afford a generator or a solar panel.

Four young men, Daniel Kwame Osafo, Nii Lantei Mills, Nana Boafo Gyamerah-Ako and Leslie Okyere who, on their own, were nurturing a desire to start their own company after their university education were laying the groundwork for the single business move that would change the lives of Ghanaians for a long time to come.

Nana  Boafo Gyamarah-Ako co-founder of Capp Global Limited tells Meet The Boss, he and his three childhood friends came together to start Cap Limited in 2013, without clearly knowing what to do as a business.

“We had always talked about starting our own business, but frankly we did not know what we were going to do exactly as a business.”

However, when people saw adversity in the energy crisis, they saw great opportunity.

“We met up one evening talking about how the power crisis was affecting everyone and how we could help with a solution that was cost-effective but will be high-effective to everyone. We were asking about what people were most concerned about when the power goes off, and we found out that answer was mobile phones. That was how we introduced Pisen Power banks into the Ghanaian market.”

After mulling over the idea of manufacturing the power banks in Ghana, the four friends rather settled on the more feasible idea of acquiring a franchise from one of the world’s biggest power bank brands, Pisen. This move, in itself was an incredibly uphill task for four young men who had barely finished their National Service.

“Yes, categorically. Prior to us bringing Pisen to Ghana I would say there wasn’t any brand or any business doing power banks the way we have done in the past twenty months”, Nana Boafo Gyamarah-Ako says.

How difficult was it to get a franchise from Pisen

He says networking was key.

“To be successful, some amount of luck plays a part and you have to be properly prepared in order to get that luck to succeed. Networking was key, Pisen was not ready to work with us, or even interested in the African market, but we had an individual who had connections to Pisen and so he facilitated our engagement with the company and also helped with the franchisee fee.”

Today Capp Global Limited has the Pisen franchise for the other West African markets.

“ We are preparing to enter the West African market rather strategically. We will like to replicate the success in Ghana in Nigeria as well, so plans are advanced in establishing key distribution channels, and so in no time, we will be in Nigeria and other countries.”

What was the biggest challenge you faced in this business

“Our biggest challenge has been an effective management structure. For us we were enthusiastic, but we had to make a lot of mistakes. But we have learned from those mistakes. One of them was finance, but we found a key partner who helped in that regard.”

Marketing the idea of power banks to Ghanaians

“I think Ghanaians are one of the most difficult to sell to, especially a new brand. But we used more social media to sell our products, and key partnerships with gadget dealers that really helped.”

Today, the company deals in other Pisen mobile accessories, the most popular of which is the Bluetooth speaker. But there are also Bluetooth earpieces, USB chords amongst others.

Pisen demonstrates that a careful analysis of society’s challenges lends an insight into finding the most suitable solution, simple but powerful enough to change the lives of others as well as guarantee business success.

Your email address will not be published. Required fields are marked *

Our business was birthed out of the simple idea of being proactive in thinking up solutions for the everyday challenges faced by the world we find ourselves in. Our slogan is “Doing More". In 2012, four young men who had just completed the mandatory national service, thought up the idea of starting their own business. Fast forward six months later in January 2013, Capp Global was born.